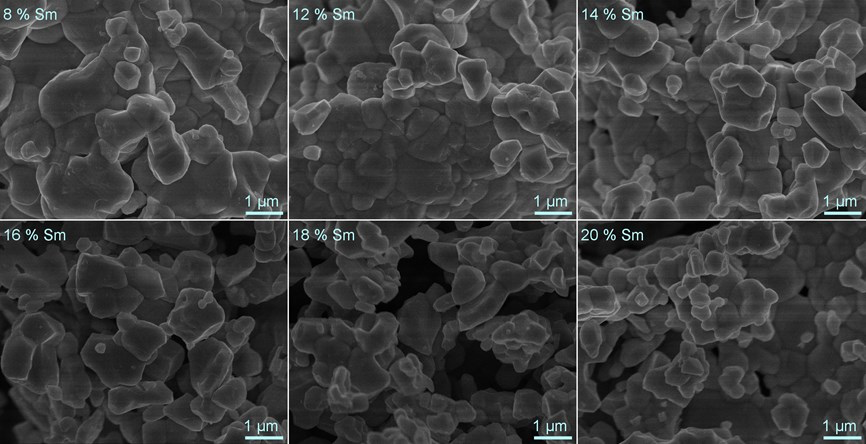 A Focus on our PhD Students 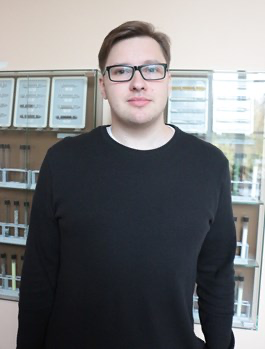 While in high school I was quite unsure of what I wanted to do with my life in the future after finishing my schooling. Luckily after the last school year I ended up studying chemistry in Vilnius University in 2014. Looking back now I can safely say that this was probably the luckiest and the most defining moment in my life so far. My first introduction to science happened when I joined the group of Professor Aivaras Kareiva with Professor Ramūnas Skaudžius as my supervisor during the middle of my second year. Since then, I have had my interest in science growing every day. My Bachelor thesis involved the preparation of different Eu-doped GdPO 4 nanoparticles for potential biological application as a contrast agent during MRI measurements. When I finished my degree, I continued my Master studies further with Professors Skaudžius and Kareiva in Vilnius University. However now the topic had changed to the fabrication and analysis of different multiferroic perovskite compounds.

Two years later, in 2020, I continued my PhD studies in Vilnius University with Professor Skaudžius as my supervisor. I continued my research from my Master studies on multiferroic perovskite compounds. Nowadays, a lot of research is being carried out on perovskite solar cells, as well as their use as catalysts, piezoelectric elements, sensors and many other devices. Overall, the perovskite family of compounds are quite intriguing, as they can exhibit drastically different properties based on their composition. So far, my research has mainly focused on doped BiFeO3 . Bismuth ferrite is a particularly interesting perovskite as it is one of the few known room temperatures multiferroic compounds with both ferroelectric and antiferromagnetic ordering. However, the antiferromagnetic ordering is not as desirable as a ferromagnetic. Furthermore, when BiFeO3 is doped with rare earth elements, it possesses a morphotropic phase boundary (MPB) and undergoes two different phase transitions based on the dopant element and its amount. Additionally, during these transitions the intermediate phase is metastable and all of the compounds near the MPB are also more susceptible to external stimuli. However, some significant challenges are also evident for these systems.

Firstly, their preparation is difficult as only relatively low temperatures can be used since Bi readily evaporates. Secondly a large leakage current is usually observed in these compounds. These challenges provide several areas for research ranging from disruption of the antiferromagnetic ordering without disrupting the electrical order, the investigation of doping effects, the occurring phase transitions as well as the effects of external stimuli such as high pressures or strong electrical fields on the compound and investigation of different preparation routes. We have developed an ethylene-glycol-assisted Sol-Gel synthesis route that allows us to fabricate the desired compounds at 500°C which prevents the evaporation of bismuth. Additionally, we have been able to disrupt the antiferromagnetic order and introduce weak ferromagnetism in the compounds and investigated the aforementioned phase transitions as well, giving some insights on how to tailor the phase compositions using high pressure. Furthermore, we have observed ferroelectricity in a nominally centrosymmetric structure caused by polar nanodomains in BaTiO3 doped BiFeO3 . All of these results and many others have so far been published in 10 different scientific papers and presented in a number of different conferences.

My future work will most likely continue on multiferroic perovskites and so far, it seems, it will base based around LuFeO3 . However, my overall hope for the work I am doing now is that it will lead to the application of these compounds in practice while also helping me to improve myself as a person and a scientist especially in the area of crystallography as it is the most intriguing part for me.