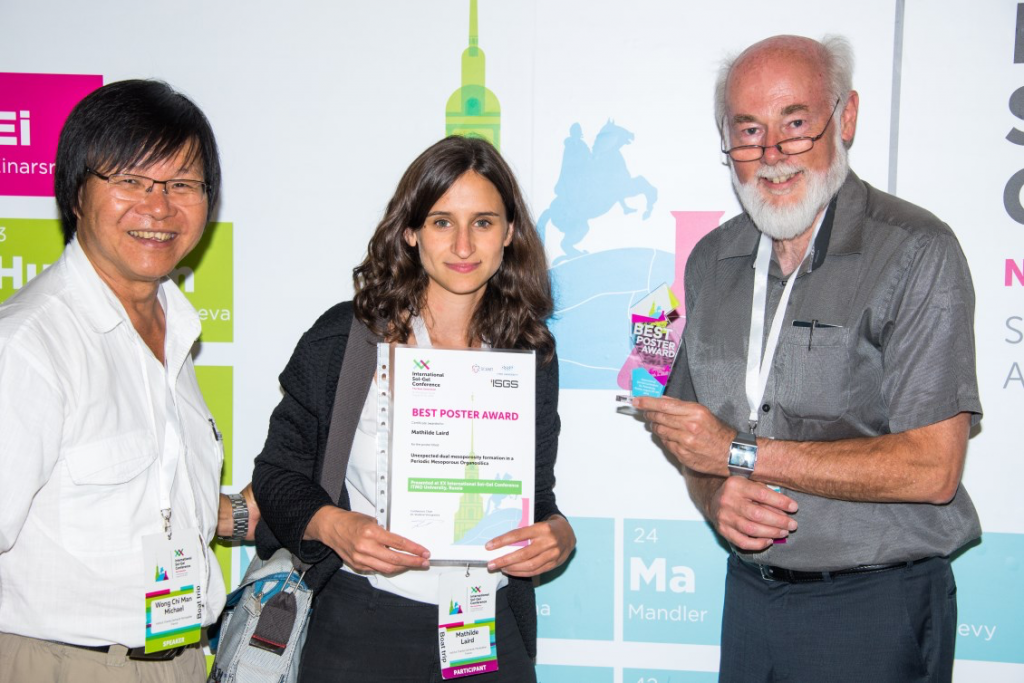 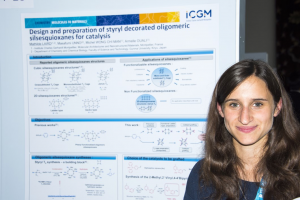 During my early academic career, I had the privilege to meet a number of people who were enthusiastic about their field and showed me how exciting research could be. Thanks to them, I entered the scientific community first by studying polymer chemistry at the Ecole Centrale de Marseille (France)/INEOS company and catalytic reactions over supported metal oxide catalysts at the Federal University of Rio de Janeiro (Brazil).

Following these Master-degree experiences, I conducted my PhD project at the Ecole Nationale Supérieure de Chimie de Montpellier (France) under the supervision of Dr Michel Wong Chi Man, Prof John Bartlett and Dr Carole Carcel. My work focussed on the organisation of silsesquioxane networks from the molecular scale (oligomeric silsesquioxanes) to the mesoscale (xerogels and periodic mesoporous organosilicas (PMOs)). I had the opportunity to become familiar with oligomeric silsesquioxane chemistry during a visit to the group of Prof Masafumi Unno at Gunma University (Japan). The knowledge acquired during this stay enabled me to develop a new family of cage silsesquioxane precursors with styryl functions including T8 , T10 , T12 and a newly isolated giant T18 cage. In addition to these cage compounds, a new T8 -F cage, in which an isolated fluoride anion is encapsulated within a T8 cage, was synthesised. An in-depth NMR study demonstrated the presence of a fluxional covalent interaction between the eight silicon atoms of the cage and the encapsulated fluoride. This new cage family was used as a building block for the synthesis of novel organosilicas such as T10 or T8 -F xerogels. I also studied the possibility of creating organosilicas with functional pores by using dendrimers as templates. In addition, we demonstrated that PMOs with bimodal mesoporosity can be formed with different addition protocols which modulate the degree of hydrolysis of the precursors. This work was rewarded by a Best Poster Award at the XX International Sol Gel Conference in St Petersburg, Russia.

Recently, I joined Prof Fuyuhiko Tamanoi’s group at the Institute for Integrated Cell-Material Sciences (Kyoto, Japan). As a post-doctoral researcher, I am developing degradable nanoparticles for cancer therapy, using sol-gel processing. The nanoparticles are used as radio sensitizer carriers to target tumours and kill cancer cells while preserving healthy tissues. The biodistribution and efficiency of the loaded nanoparticles are tested on a chicken egg model developed by the Tamanoi group (which facilitates a rapid screening of nanoparticles and treatment conditions), as well as in animal experiments using various mice models. This multidisciplinary environment is providing me with new insights and perspectives in the biological sciences, together with an opportunity to apply sol-gel processing to the design of new cancer treatment strategies, which hopefully will soon improve the lives of patients.