Every two years, the International Sol-Gel Society honours the achievements of our colleagues at various stages of their careers through a variety of awards. The Lifetime Achievement Award is the highest honour that the ISGS can bestow on our colleagues and reflects outstanding contributions to sol-gel science and technology through broad and productive scholarship; by achievements in commercial and industrial applications of sol-gel science and technology; and/or by outstanding service to the sol-gel community that has been sustained over an entire career. Candidates to be considered for ISGS Lifetime Achievement Awards are initially nominated by members of the ISGS Board of Directors, with two awardees then selected from among the nominees via a transparent and democratic vote of the Directors. 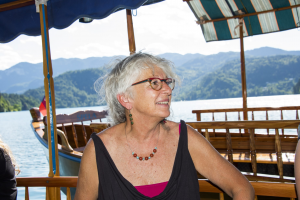 It is a pleasure for the Board of Directors to announce that Professor Sara Aldabe Bilmes (Argentina) and Professor Kazuki Nakanishi (Japan) have been selected as the ISGS Lifetime Achievement Awardees for 2021. Sara’s career achievements, including her contributions to the development of sol-gel science and technology in Latin America, were profiled in the August 2021 issue of the ISGS Newsletter. As indicated in her profile, after Post-Doctoral Fellowships in Europe, Sara’s interests in developing materials for the prevention and mitigation of water pollution led her to enter the diverse field of sol-gel science and technology from her initial background in photocatalysis. In her own words, “I discovered a complex and fascinating world in which I have been trapped since the end of the last century”. Her sol-gel journey has not only consumed Sara’s research life, but also shaped her contributions to the mentoring of students and early-career scientists through initiatives such as the Latin American Sol-Gel School which commenced in 2003 and has been held every two years since then. 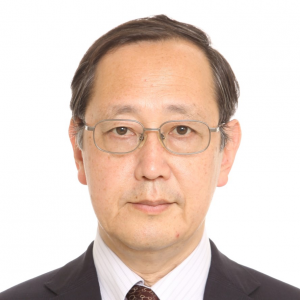 Professor Kazuki Nakanishi will also be well known to members of the international sol-gel community, through his roles as one of the Editors of the Journal of Sol-Gel Science and Technology, the current President of the Japanese Sol-Gel Society (since 2019), Chair of the 2015 International Sol-Gel Conference in Kyoto and a former member of the Board of Directors of the ISGS. Apart from these sustained contributions to the professional fabric of the solgel community, Professor Nakanishi has also published in excess of 300 papers with over 160 co-authors from around 15 countries.

A more complete profile of Professor Nakanishi’s career will be included in an upcoming issue of the ISGS Newsletter.

Due to the ongoing situation with the worldwide COVID-19 pandemic, it will not be possible for the 2021 Lifetime Achievement Awards to be celebrated by the sol-gel community until we gather at the International Sol-Gel Conference in Lyon during July 2022. In the meantime, please join with the ISGS Board in offering congratulations for the sustained achievements that have led to these awards, and we look forward to celebrating their success with them in person at Lyon in July 2022.