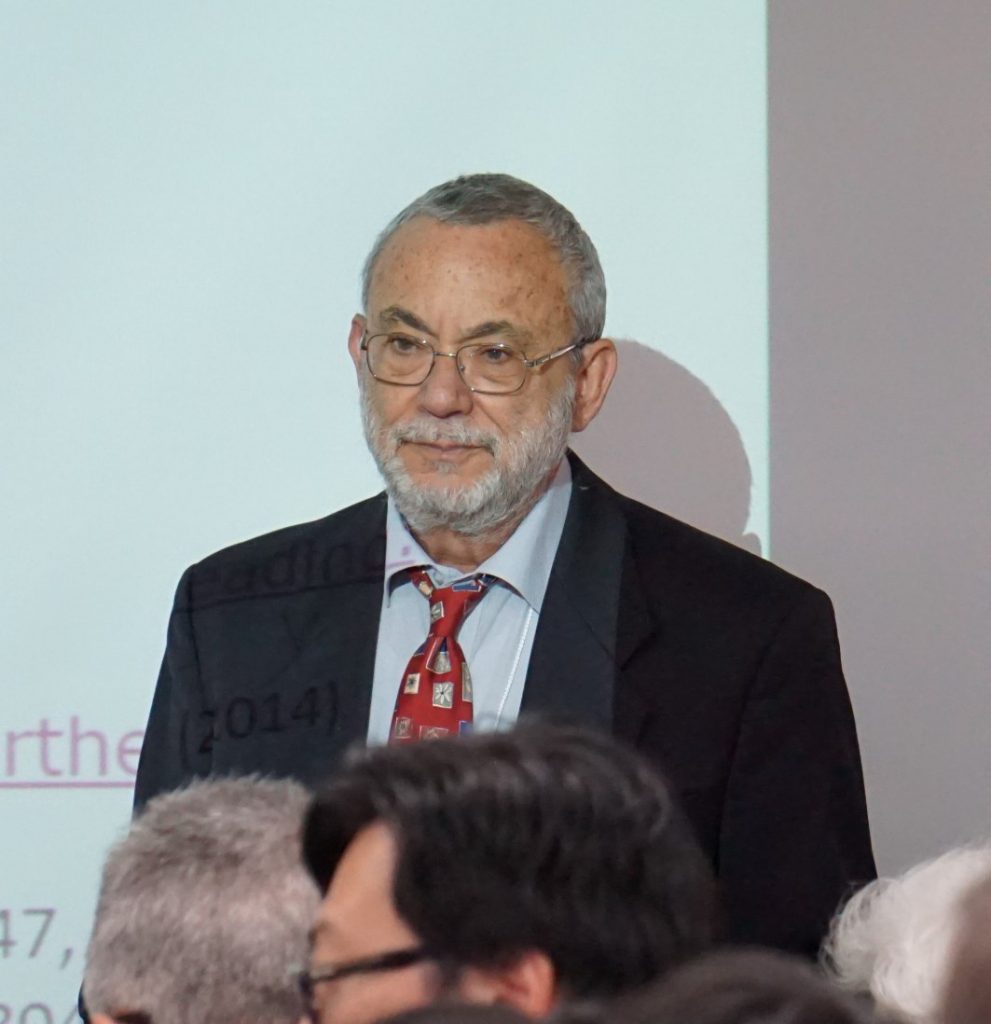 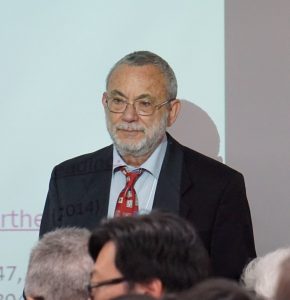 Some of the most transformational and memorable moments in sol-gel science and technology don’t necessarily arise from the science and technology themselves, but from the places in which we practice them and the people with whom we share them. For this editor, one such place was the centuries-old lecture theatre at the University of Padua in which Galileo Galilei lectured and which was the venue for the Plenary Session of the 11 th International Conference on Sol-Gel Science and Technology in Padova in 2001. Another such place was the Bolshoi Theatre in St Petersburg, which was the venue for the Plenary Session of the 20 th Conference in 2019. Those present at the first of these were privileged to hear a sublime Plenary Lecture by Professor David Avnir. David was also an important driver at the second, running onto the stage of the Bolshoi Theatre during the Opening Ceremony as one of the co-organisers of the St Petersburg meeting. This month, our ongoing series celebrating the careers of those whose work has shaped the trajectory of the sol-gel science and technology community moves to Israel and focuses on the achievements of David Avnir.

Born in 1947 in Munich, David moved to Israel as a baby and received his academic education at the Hebrew University of Jerusalem. Prior to his “retirement”, he was Chairman of the School of Chemistry, Head of the Institute of Chemistry, and Head of the Graduates School in the Natural Sciences at that University. His early scientific interests in fractals and far-fromequilibrium phenomena have evolved to embrace a portfolio of current scientific activities that include sol-gel materials, metallic hybrid materials, theoretical and experimental studies of chirality and symmetry, and astrochemistry.

An early theme which accompanied David’s research on sol-gel materials from the early 80’s has been the fact that the sol-gel methodology enables glasses and ceramics to be prepared at room temperature, thus facilitating the incorporation of organic and bioorganic/biological molecules within ceramic materials.

Building on this general concept, the properties of ceramic materials can be altered to create a very wide range of previously unknown materials, via the doping of glasses and ceramics with practically any of the ~40 million organic and bioorganic molecules known today. An endless horizon of new materials has thus been revealed. Furthermore, the porosity of these materials renders them chemically active by virtue of facile diffusion of reactants and products into and out of the matrices. This underpins many useful applications, with David’s work leading to the development of functional materials in areas such as:

• Materials for optics, including filters, coloured coatings, luminescent materials, photochromic materials, information recording materials, and more. The key publication that opened this field (and the doped sol-gel field in general), was the 1984 paper entitled “The nature of the silica cage as reflected by spectral changes and enhanced photostability of trapped rhodamine 6G ”, with David Levy and Renata Reisfeld.

• Bioactive materials, including enzymatically active ceramic matrices, biosensors, bioactive materials for synthesis, catalysts based on antibodies, and films suitable for cell growth. Enzymatically doped sol-gel materials is now a major domain that evolved from the general concept, and numerous research groups world-wide have been active since the first publication. This seminal paper was subsequently reprinted in 2007 as the most cited paper in the journal Materials Letters. David is still active in this intriguing domain, with some of his recent work in the development of a general methodology for the entrapment of enzymes in silica aerogels being featured in the journal Materials Today.

In addition to the development of elegant chemical approaches for synthesising sol-gel materials, David has also focused on an important reciprocal issue – where, and in what ways, can chemistry benefit from the special properties of these new materials? This simple perspective has led to many ways in which to exploit sol-gel materials as new “environments” for enhancing and modifyimh chemical processes, including:

• Controlling the direction of equilibrium processes such as photochromic equilibria and acid-base equilibria.

• Extracting unconventional reactivities from enzymes, such as facilitating the operation of enzymes under extreme conditions.

• Enabling all-hydrophobic reactions (substrate, catalysts, and products) to be carried out in water.

• Extracting a library of different reactivities from a single entrapped compound.

In addition to his 400 papers, which have been cited nearly 22,000 times (SCOPUS), he has mentored several generations of students and emerging scientists. An example of one of his lectures entitled “The Long Route From Basic Science to an Exporting Company”, which was delivered to a group of students at a science camp and is available on YouTube, demonstrates both his pedagogical skills and his restlessness to begin teaching while the session Chair was introducing him to the students! As a co-founder of Sol-Gel Inc in 1997, David is well -placed to understand the challenges associated with converting basic science into products. He was a cofounder of the ISGS, and the first Chairman of the ISGS Board (2003-2008). He also serves as a scientific advisor to the International Institute for “Solution Chemistry of Advanced Materials and Technologies” (SCAMT), ITMO University in St. Petersburg (which organised the 20 th International Sol-Gel Conference in 2019).

David’s remarkable career has been recognised by several awards, including the Israel Chemical Society Excellence Prize (2011), the Life Achievement Award of the ISGS (2013) and election as a Distinguished Scientist by the Chinese Academy of Sciences (2018). His most recent recognition was in a book published in October 2020 entitled “Fascination of Science: 60 encounters with pioneering researchers of our time ” by the famous German photo artist, Herlinde Koelbl, which portrays 60 of the world’s most renowned natural scientists and Nobel Prize winners across disciplines ranging “from astronomy to biochemistry, from quantum physics to stem cell research”. David was selected for inclusion in this book, appearing in the Table of Contents just before Jennifer Doudna (a 2020 Nobel Prize Winner).

Finally, as Editor of the Newsletter, I would conclude this profile of a remarkable colleague by briefly recounting a personal experience at a conference in Mumbai, India in 2004 that (for me) encapsulates the essence of David as a Scientist, practitioner and human being. During one of the conference’s cultural sessions – which involved a musical recital by a sitar master, I happened to be sitting next to David on my left and Professor Sumio Sakka on my right. David began to ask me questions about a lecture that I had delivered on the previous day at the conference, consulting notes written in Hebrew that he had taken during my talk. I made a comment to him about the cultural richness of this particular moment and how fortunate we were. He quickly looked around, grinned, and described the moment as “The Privilege of Science” – just before resuming his questions. A privilege indeed!