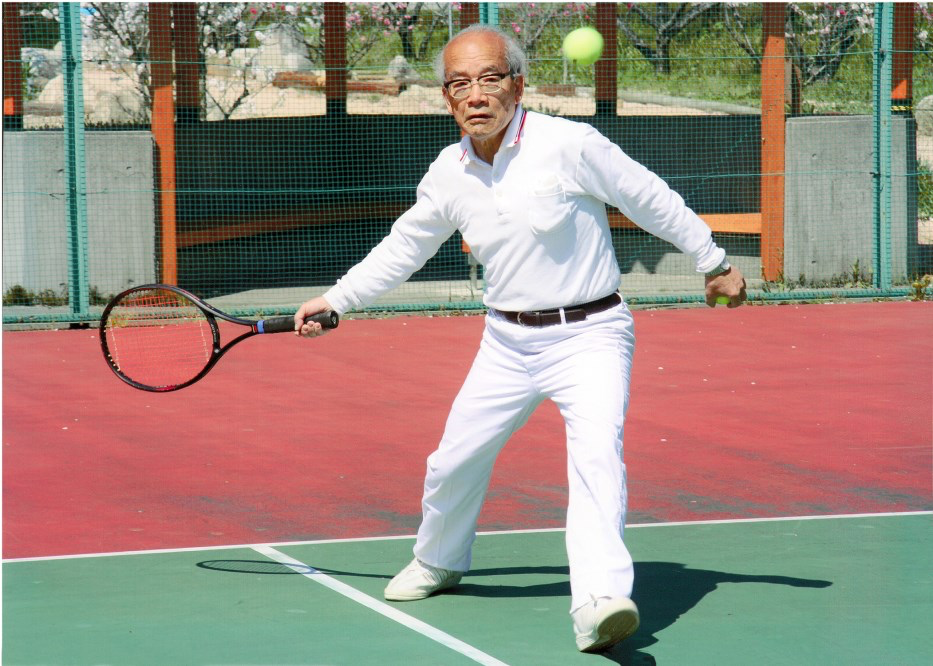 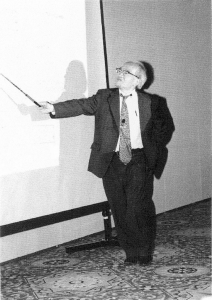 The history of the sol-gel science and technology community has been shaped by the work of many individuals over the past five decades, but as with any field, the foundations of our discipline were established by the seminal work of a relatively small number of individuals. One of these individuals is Professor Sumio Sakka, whose outstanding contributions to sol-gel science and technology span a career of more than 40 years.

Born in Osaka in 1930, Professor Sakka completed a Bachelor degree in chemistry at Kyoto University in 1953. He began working as a Research Associate within the Institute for Chemical Research at Kyoto and was promoted to Associate Professor in 1963. His PhD in Engineering was awarded by the same University in 1964. Taking advantage of an opportunity to explore his interests in the structure and properties of glasses and glass-ceramics, he joined Professor John D. Mackenzie’s laboratory at the Rensselaer Polytechnique Institute at Troy, New York as a visiting scholar from 1965 to 1968, where he discovered new photochromic materials, including photochromic glass.

In what proved to be an important turning point in his career, Professor Sakka moved to the 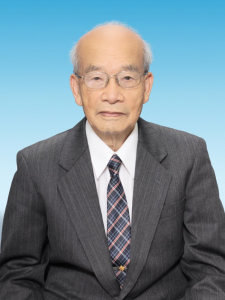 Department of Industrial Chemistry at Mie University in 1972 where he became the first Professor in the new Department. In partnership with his colleague Associate Professor Kamiya (with whom he went on to publish over 50 papers), they agreed that in addition to their respective interests in glass and carbon sciences, the new laboratory would develop sol-gel science as a key research topic. Fortunately, no expensive apparatus and instrumentation were needed to start experimental work on the sol-gel method at that time. The laboratory’s first paper on sol-gel science was subsequently presented at the 10 th International Congress on Glass at Kyoto in 1974 to an audience of 600 delegates. Half of the audience were interested in the unique glass-formation method presented by Professor Sakka, while the other half expressed concern about the expensive alkoxide reagents required to prepare the material, a theme that still resonates within our community today.

Subsequent work by his group laid the foundations for producing shaped materials such as fibres, monolithic bodies and coatings directly, without the need for conventional powder forming processes. This seminal work helped to establish many of the chemical foundations underpinning sol-gel science. For example, they found that fibre drawing from a viscous sol is possible when the solution chemistry is controlled to ensure that the sol species produced are linear. It was found in silicon alkoxide solutions that the use of acid catalysts and lesser amounts of water for hydrolysis decreases the number of hydrolysed alkoxide groups of an alkoxide molecule, resulting in linear polycondensed molecules. This finding proved to be applicable to the production of not only silica gel fibres, but also fibres of alumina, titania, ferroelectrics and even high temperature superconductors. In addition, controlling the chemical composition of the precursor solutions used to produce monolithic objects to modulate the pore size and reduce the surface tension of solutions within the pores was shown to enable crack-free silica and glass bodies to be produced.

Professor Sakka returned to Kyoto University in 1983, from where he formally retired in 1994. Apart from his ongoing contributions to sol-gel science and technology during that period, he also established the Journal of SolGel Science and Technology (JSST), which was first published in 1992 with Professor Sakka as Foundation Editor-in-Chief. He remained in this role until 2006, handing over responsibility for JSST to its current Editor-in-Chief, Professor Michel Aegerter. Other key leadership contributions include his role as Chairman of the Fourth International Workshop on Glasses and Glass-Ceramics from Gels (Kyoto, 1987, the first of three times in which our most important biennial meeting has been held in Japan) and as the foundation President of the Japanese Sol-Gel Society (2003-2009).

Professor Sakka’s extraordinary and sustained contributions to our community, which are embodied in his 300 publications (with nearly 140 co-authors) and numerous presentations, have been celebrated through many awards. These include the George W. Morley Award, American Ceramic Society (1988); Japan Chemical Society Award (1988); ISGS Life Achievement Award (2007); and President’s Award, International Commission on Glass (2013). His most recent award, bestowed in 2019 by the Japanese Ceramic Society when he was nearly 90 years of age, is a testament to his enduring impact and legacy as a sol-gel practitioner.