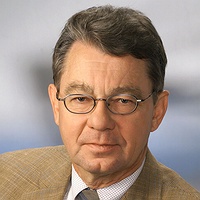 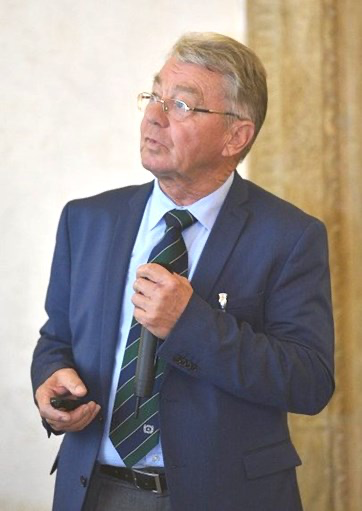 One of my strongest memories as a young child is the endless hours that I spent at my grandmother’s home creating strange and magnificent structures (at least through the eyes of a child) from a large box filled with colourful LEGO ® building blocks. With a small palette of blocks of varying sizes and colours) and with fixed sites for joining adjacent blocks together, the variety of architectures that could be created were limited only by one’s imagination. Our Colleague in the Spotlight has transformed this concept into a remarkable career spanning nearly five decades, much of it spent discovering and exploiting a treasure-trove of functionalised metal-oxo nanoclusters which, like LEGO® building blocks in the macroscopic world, can be used in the hands of sol-gel nanoarchitects to construct an infinite variety of materials. This month, our spotlight moves to Austria, as we celebrate the career of Professor Ulrich Schubert.

Continuing our new approach for celebrating the careers of our senior colleagues, Ulrich’s personal reflections on his career are presented below.

“I came into sol-gel chemistry more or less by chance. My academic career commenced in the group of Nobel prize winner E.O. Fischer in Munich, during the exciting boom time of organometallic chemistry. When I established my own research group later on, I tried to transfer this experience to compounds with metal-silicon bonds, and this was our main research area when I was appointed to a professorship at the University of Würzburg, Germany, in 1982. In those early days, there were virtually no interactions between the University and the Fraunhofer-Institute of Silicate Research (ISC) , although the institutions were located only a few kilometres apart.

One day, I received a phone call from the ISC asking me if I would be interested in participating as an academic partner in a bigger project on sol-gel technology to be funded by the Bavarian government. The problem was that I had only a very limited perception of sol-gel science and only a weekend to draft a short proposal. Based on my know-how, I proposed to investigate the possibility of coordinating metal complexes or metal ions to functionalized alkoxysilanes, in order to homogenise catalytically active metal compounds or, later on, to prepare metal oxide or metal particles in SiO2 . The latter proved to be particularly successful.

Consequently, the relationship with the ISC strengthened and at one point I was asked whether I could consider leading the ORMOCER department at ISC for a couple of years, in addition to my university position. This was a very unusual proposition at that time, and it required some intense negotiations, up to the state ministry level, to find a legal construct to render this possible. I maintained this (part-time) position from 1989 to 1994 (for a short interim period also serving as an interim director of ISC). In parallel, my research group at the University also became more deeply involved in fundamental aspects of sol-gel chemistry. By coincidence, my contract at ISC ended in the same month as the start of my new appointment at the Technical University of Vienna.

Having gained experience with functionalized alkoxysilanes and their technical applications, we thought about the possibility of developing a similar chemistry with functionalized metal alkoxides. Still in Würzburg, and especially in Vienna, we turned more and more to metal alkoxide chemistry. Little was then known about the role of “chemical additives” used to control the reactivity of metal alkoxides, and “additives” with organic functionalities were rarely used. During the work on organically functionalized metal alkoxides, we obtained metal oxide clusters capped with the organic ligands more and more often. Identifying these compounds was facilitated by the fact that part of the new equipment I received in Vienna was the first X-ray diffractometer in Austria with an area detector. Since many metal oxide clusters were quite radiation-sensitive, the new diffractometer enabled us to gather data in a much shorter period of time. Further extending this research theme, we were not only able to investigate a great number of metal alkoxide derivatives and metal oxo/alkoxo clusters, but also use them for various applications. An especially promising topic was the crosslinking of organic polymers by some of the clusters.

For me, a fascinating aspect of sol-gel science is that basic chemistry and technical applications are so closely intertwined. More challenging applications can only be developed if one also cares about the underlying chemistry. As a reviewer, I often feel sorry for the authors of sol-gel articles who missed a great chance for improving their work by not looking thoroughly enough into the fundamentals or by just bypassing basic chemical issues. Needless to say, that hand in hand with our basic chemical research on silicon and metal alkoxides, we always worked on technical applications of sol-gel materials together with various industries, where we tried to consider how basic sol-gel science could be translated into real-world applications”.

One of the many metal oxo-alkoxy clusters created through Ulrich’s work is shown above. This is a mixed metal oxo cluster, Ti4 Zr4 O6 (OBu)4 (OMc)16 , which has a variety of reactive species on the periphery of the cluster that facilitate the potential production of intriguing nanohybrid systems. Ulrich’s journey through the periodic table has seen many additional metal species incorporated into such clusters, with a correspondingly wide range of potential real-world applications.

Ulrich’s work over many decades has led to the publication of over 500 peer-reviewed papers, together with 13 patents or patent applications, reflecting his commitment to the conversion of basic research into intellectual property and real-world outcomes. He has served as the Vice-President and President of the European Chemical Society (2011-2016) and is a member of the German Academy of Sciences Leopoldina. He has also served on the Editorial/Advisory Boards of a number of high-profile journals including Chemistry of Materials, New Journal of Chemistry and the Journal of Materials Chemistry (among others). His accomplishments have been recognised by a number of awards, including full membership of the Austrian Academy of Sciences, the Wacker Silicone Award and the Loschmidt Medal of the Austrian Chemical Society. 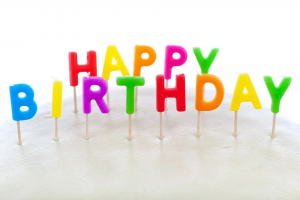 Finally, elsewhere in this month’s Newsletter we have highlighted the fact that the Newsletter is now celebrating its first birthday in May. While this is an important milestone in the life of any sentient being or publication, it is significantly overshadowed by the fact that this month is also the one in which Ulrich celebrates his 75 th birthday. Happy birthday Ulrich – long may you continue to do chemistry!