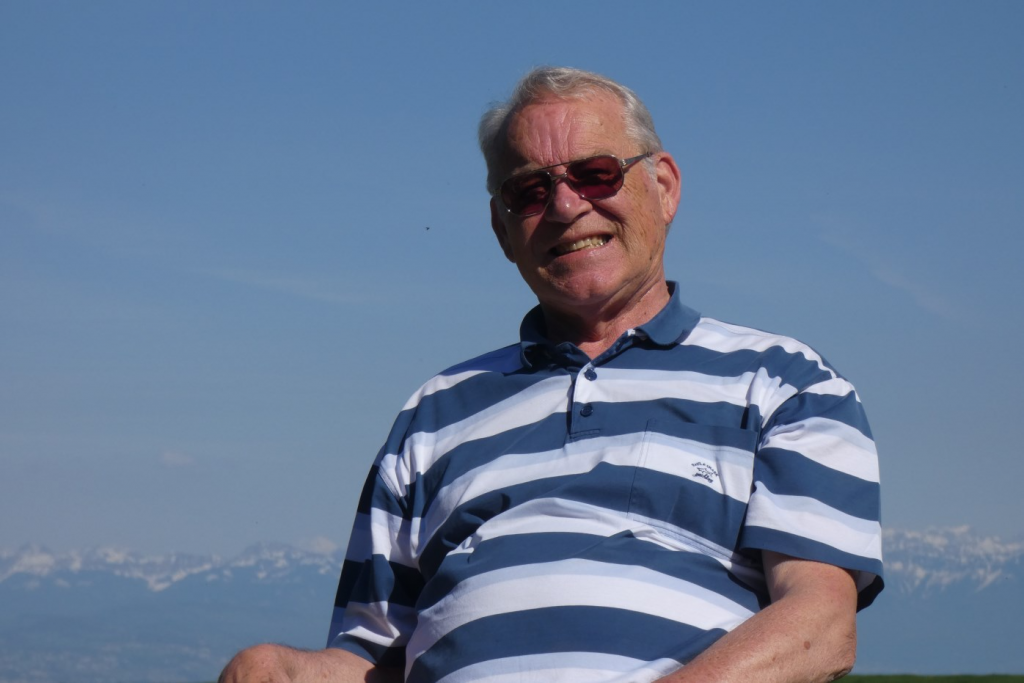 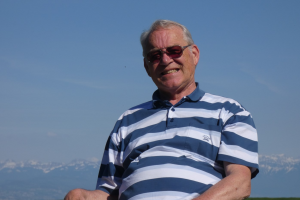 Whenever we submit a scientific manuscript for publication in a journal, we probably do not give much thought to all of the activities that must function smoothly to enable our work to progress through initial submission and screening, peer review, acceptance, proofing and selection for inclusion in a specific issue of the journal. This chain of events is overseen by the journal’s Editor-in-Chief, and is a process that is intimately familiar to this month’s person in the spotlight, Professor Michel Aegerter, who is the current Editor-in-Chief of the Journal of Sol-Gel Science and Technology.

Michel was born in Renens (Switzerland) in 1939 and raised together with his brother and sister. After his foundation scientific studies, he entered the Polytechnic School of the University of Lausanne (EPUL, now EPFL) in Physics Engineering and graduated in 1962. He then commenced his PhD studies at the Physics Department of the University of Neuchâtel studying “The role of excitons and cationic vacancies in the luminescent properties of cesium iodide” and successfully defended his thesis in 1966. During a subsequent Post-Doctoral Fellowship at the University of Utah (Salt Lake City, USA) from 1966 to 1969, he explored a new type of defect (F2+) in several alkali halide crystals under the guidance of Professor F. Lüty. Returning to the University of Neuchâtel he continued to study defects in alkali halides crystals, developing powerful new techniques involving the optical detection of EPR and NMR. 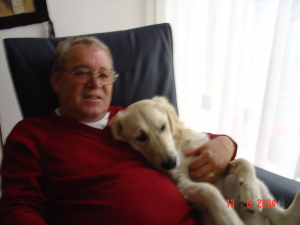 Michel’s interests in sol-gel science and technology were sparked following his subsequent move to Brazil in 1978 to accept a full Professorship at the Institute for Physics and Chemistry of the University of São Paulo in São Carlos (Brazil). In addition to his leadership of a large R&D group exploring his broad scientific interests, he became interested in porous glasses in 1982 and, following a visit by the late Professor Zarzycki in 1984, silica aerogels. Ultimately, his entire R&D interests were directed toward this compelling domain, with his “Livre-Docência” (Habilitation) being awarded in 1987 for his work in the field of Glasses from Gels. His standing within the international sol-gel community was recognised in 1989 by an invitation to organise and chair the 5th International Workshop on Glasses and Ceramics from Gels in Rio de Janeiro, the first of three times that our most important biennial international conference has been held in the southern hemisphere. During the same year, he organised an original Winter School on the same topic in São Carlos. Over the course of his scientifically productive 18 years in Brazil, he also served as an assessor for various Brazilian scientific organisations, including FAPESP, CNPq and FINEP, as well as the Ministry of Sciences and Technology. In addition to receiving several awards from the Brazilian Association of Ceramics, he was a member of the Academy of Science of the state of São Paulo and Dean of post-graduates in Science and Engineering of Materials at the University of São Paulo.

In 1995, Michel was invited by Professor Helmut Schmidt to become the Director of the Department of Coating Technology at the recently created Leibniz-Institut für Neue Materialien – INM in Saarbrücken (Germany), a position he maintained until his retirement in 2006 as well as Honorary Professor of the University of Saarland in the same city (since 1995). His field of activity involved R&D using Nanochemical Technology (particularly sol-gel processing) for producing: nanocompounds; functional coatings such as transparent conducting oxide coatings, photoelectrochemical and electrochromic coatings on glass and plastics; devices such as electrochromic windows, dye-sensitized solar cells and OLEDs on plastics; new sol-gel coating technology (e.g. deposition of coatings on the inside surfaces of tubes, coating on very thin glasses); modern printing techniques such as ink-jet, gravure and flexoprint to print large scale and patterned functional coatings; etc.

During his distinguished and diverse career, Michel has published over 550 scientific papers and edited several books, the most famous of which is undoubtedly the Aerogel Handbook in 2011 for the Springer Series Advances in Sol-Gel Derived Materials and Technologies. Due to the success of this book, he is currently editing a second edition of this work, which will collect about 60 up-to-date chapters on the Science and Technology of Aerogels. He has also given over 150 colloquia, seminars and invited presentations in many countries.

From an initial interest in physics that transitioned into an impactful career in sol-gel science and technology spanning several continents and countries, followed by a “retirement” that saw him accept the challenges of shaping the future trajectory of JSST, Michel’s journey reminds us once again of the almost infinite pathways that careers in sol-gel science and technology can take. Most definitely a profoundly satisfying journey worth celebrating!