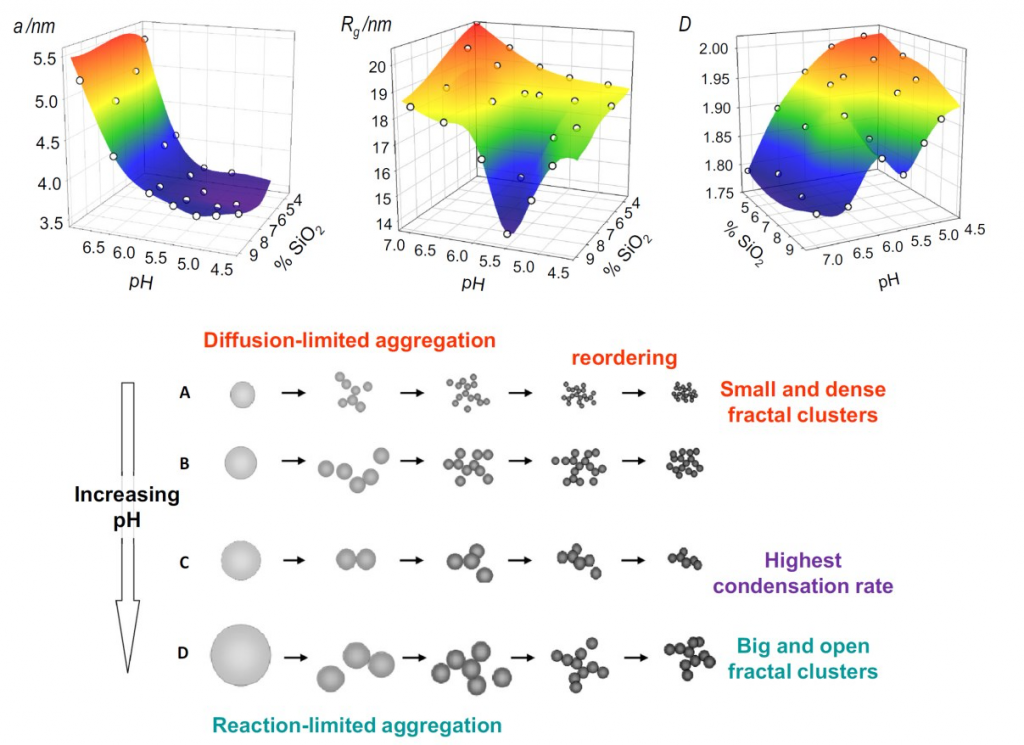 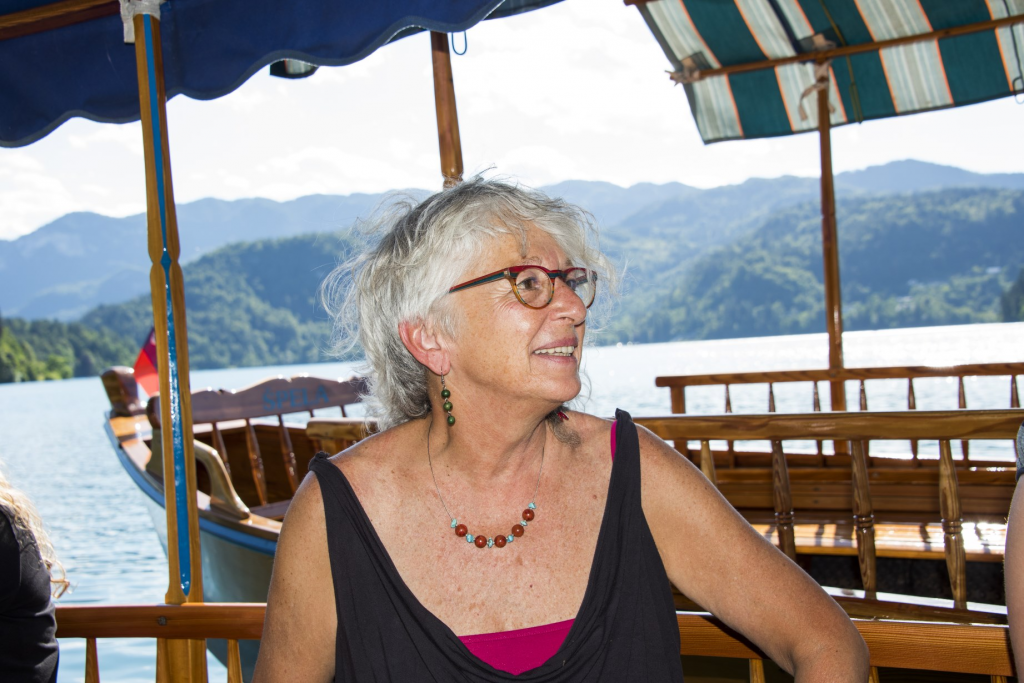 Those who work in science are well aware of the fact that there is a certain privilege to a career in science and technology that generally “traps” the unwary at an early stage of their lives and then sustains them at least until they retire – and often well past the time of retirement. That privilege is multifaceted – the opportunity to engage in an ongoing journey of discovery; the opportunity to share that journey with colleagues from all over the world; the opportunity to teach; the pleasure and responsibility of mentoring and guiding PhD students and early-career scientists who are just beginning their own journeys; and many other facets as well. Of course, there are challenges as well, such as the need to continually fund the journey to ensure that the necessary tools are available. This is challenging at the best of time, but imagine doing so under conditions where the national annual inflation rate can be as high as 40 %. This is one element of practicing materials chemistry in Argentina, as we shine a spotlight on the career of Professor Sara Bilmes.

Sara was born in Buenos Aires in 1954. She completed a Master degree in Chemistry (Licentiate) at the University of Buenos Aires (UBA) in 1976 and received her PhD from UBA in 1982. This was followed by Post-Doctoral Fellowships at the University of Poitiers (France) in 1983 and the University of Düsseldorf (Germany) from 19871989. She then returned to UBA in the early 1990s to engage in both teaching and research, serving as the Director of the Department of Inorganic, Analytical and Physical Chemistry from 2002-2005 and again from 20152017. Her current position is Professor within UBA’s Institute of Physical Chemistry of Materials, Environment and Energy (Instituto de Química Física de los Materiales, Medio Ambiente y Energía, INQUIMAE) and Principal Researcher within the National Research Council of Argentina (CONICET).

Since returning to UBA in the early 1990s after her Post-Doctoral Fellowships in Europe, a key scientific ambition for Sara has been to contribute to the prevention and mitigation of water pollution. This led her to enter the domain of sol-gel science and technology from an initial background in photocatalysis – and in her own words “I discovered a complex and fascinating world in which I have been trapped since the end of the last century”. Her initial work focussed on the synthesis of TiO2 films for photoelectrocatalysis for water remediation, together with the use of photoacoustic response (via FTIR) and changes in the fluorescence anisotropy of molecular probes for exploring the chemical transformations occurring during the sol-to-gel transition. Systematic studies on the preparation of films and particles to control the density of defects, which could be probed via electrochemical techniques, were also undertaken to optimise the photocatalytic activity of the TiO2 systems being explored.

Following a sabbatical leave in Paris to collaborate with Jacques Livage and Clément Sanchez, Sara commenced two new research themes: (1) using the pores of a mesoporous material as nanoreactors to grow nanoparticles; and (2) encapsulating colonies of microorganisms in silica hydrogels. Both themes involve exploring the fundamental physico-chemistry of these systems for water decontamination, with the first focussing on the recovery of heavy metals and the second on the development of systems for efficient bioremediation.

The mesoporous oxides research theme continues focusing on understanding the mechanisms of nucleation and growth in pores. Porous particles are being designed to support TiO 2 nanoparticles for photocatalysis in order to increase the photon capture efficiency by modulating the refractive indices and topology of the nanocomposites. Porous systems are also being conceived and synthesised to retain biomolecules, ions and coordination compounds, with an emphasis on understanding the interactions between the encapsulated species and the matrix to ensure efficient binding and release of molecules in response to an external stimulus.

Sara has also been involved in several Technology Transfer activities involving companies such as Rizobacter SA (Hybrid matrices for the incorporation of rizobacteria to seeds); Fabriquimica SA (Encapsulation of molecules in silica matrices for cosmetic); and FASINPAT (Self-cleaning tiles; note that the company name is an abbreviation of Fábrica Sin Patrones, which translate in English to “Factory without Bosses).

Apart from her scientific activities, one of Sara’s significant contributions to the sol-gel community has been the creation, together with other colleagues from Argentina (including Professors Galo Soler-Illia, Roberto Candal and Alberto Regazzoni), of the Sol-Gel School. This school (supported by the ISGS) is held every two years for graduate students from Argentina and Latin America. Its most important feature is that, in addition to classes on the fundamentals of sol-gel science and special topics, the students use their “hands and brains” to synthesise, characterise and explore the properties of a material. In doing so, they not only acquire experimental skills, but the laboratory experience also creates a network among the more than 350 students who have passed through the school since it commenced in 2003. This initiative has been extended to encompass the yearly schools of the NanoAndes Network, which brings together researchers from Spanish-speaking Latin America with strong collaboration from France. The schools started in 2012 and have enhanced the careers of a new generation of students, as well as integrating new emerging researchers into the network.

In addition to the various roles highlighted above, Sara has also served as a member of the Board of the ISGS (2011-2017) and as a Member of the Advisory Board of Fundación Argentina de Nanotecnología (since 2013).

Sara’s personal reflections on her career in materials chemistry in Argentina are undoubtedly a fitting place to conclude her story, as she highlights and contrast some of the intriguing aspects underpinning the rich scientific heritage of Argentina. In her words:

“Argentine science has a history of almost 200 years, as a country (I don’t venture to say long when I compare this to Chinese or European science). There is a solid scientific base in biomedical areas that includes three Nobel prizes. Since the 1940s, theoretical physics began to develop very competitively, motivated by the development of civilian nuclear power plants. The interest in nuclear energy gave a strong impulse to materials engineering and metallurgy (particularly through the work of Jorge Sábato, mentioned in a previous ISGS Newsletter), including good contributions to corrosion problems.

Materials chemistry (polymers, ceramics, and new materials) is much more recent and has only developed since the 1980s.

Although there is a strong academic base, Argentinean science has suffered many ups and downs linked to changing policies in a country that is still searching for its identity.

Doing science in Argentina is an adventure where you rarely know the budget you will be able to work with (impossible with 40-60% annual inflation!). Progress is achieved through the good questions of the researchers and thanks to international cooperation, mainly with Europe”.

Sara, long may you continue to contribute to the scientific adventure and to the continuing growth of materials chemistry.