Aerogels are a diverse class of porous, solid materials that exhibit an uncanny array of extreme materials properties. Most notably aerogels are known for their extreme low densities (which range from 0.0011 to ~0.5 g cm-3). But even at a density of 0.020 g cm-3, it would take 150 brick-sized pieces of aerogel to weigh as much as a single gallon of water. And if Michelangelo’s David were made out of such an aerogel, it would only weigh about 2 kg (4 pounds) Typically aerogels are 95-99% air (or other gas) in volume, with the lowest-density aerogel ever produced being 99.98% air in volume.

As aerogel has such diverse chemical and physical properties, it is no surprise that it also has a wide range of applications. Since the 1960’s, aerogel has been used as the insulating material in spacesuits of NASA astronauts as, despite its wispy appearance, it is extremely strong and can survive take off conditions easily.

In the early 21st century, aerogel was employed in a very special role by NASA- to capture space dust. Aerogel is being used in conjunction with the ‘Stardust’ mission, which aims to bring back particles from space from beyond the Moon for the first time. This dust is being primarily collected from the comet ‘Wild 2’. Aerogel is being used to capture this comet dust, as it will be able to trap the small particles without physically altering them.

Aerogel is starting to become a must-have material in the insulation industry and has been used for several years in cavity injected wall insulation and insulating boards. Recently, aerogel-based plaster has been used to insulate historic buildings. The use of aerogel in this way is extremely energy efficient and environmentally beneficial, as it will cut the use of fossil fuel hugely in heating.

Improvements in the fragility and brittleness of aerogels announced recently means that a whole new world of applications may be opened up in the future, from clothing to heat proofing.

BENEFITS
this course will enable you to answer on some questions:

Started working at Faculty of Engineering, Kyoto University in 1986. Doctor of Engineering degree from Kyoto University in 1991. Developed monolithic HPLC columns using silica with hierarchical macro/mesopores, commercialized by Merck KGaA in 2000. Received ISGS D.R. Ulrich Award (1997) and ICG Gottardi Prize (1999),and others. Stayed in Johannes Gutenberg University, Mainz (2000) and University of Montpellier II (2011). As of 2019, full professor at Institute of Materials and Systems for Sustainability, Nagoya University, Japan. Has been serving as one of the co-editors of Journal of Sol-Gel Science and Technology (Springer Verlag) since 2009. Author of >300 peer reviewed publications with >15000 total citations (h index = 62), the holder of >60 patents, and the co-author of >40 book chapters. 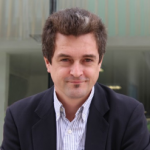 Galo Soler-Illia studied Chemistry at Buenos Aires University, and performed a postdoc at University Pierre-et-Marie-Curie, Paris. At present, he is the Dean of Instituto de Nanosistemas at San Martín University, Buenos Aires, Principal Researcher of CONICET (Argentina), Associate Professor at the University of Buenos Aires, and Full Member of the National Academy of Exact and Natural Sciences of Argentina. He designs and produces new nanosystems with intelligent architectures and custom properties using chemical methods inspired by Nature. He has published more than 165 papers in reviewed journals, which received more than 13.000 citations (h=46), and filed five patents. He leads national and international projects with research groups and companies; he recently co-founded Hybridon, a start-up dedicated to valorize knowledge in mesoporous hybrid materials.  He received several national awards, and has been elected Fellow of the ISGS in 2019. 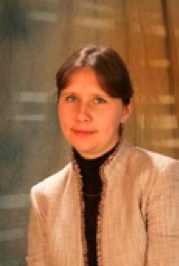 Prof. Irina Smirnova  studied Physical Chemistry at Sankt Petersburg State University, and received her PhD in Chemical Engineering at Berlin University of Technology. She performed a postdoc at University of Erlangen. At present, she is a full professor and chair of Institute of Thermal Process Separation in Hamburg University of Technology (Germany). She works with the technology of aerogel production, especially in the area of supercritical drying,  for 20 years, having published over 100 papers and 7 patent applications. She leads a number of national and international projects in the area of aerogels. Further she is a member of editorial boards of “Journal of Supercritical Fluids”, “Annual Reviews in Chemical Engineering and Biomolecules “ and “Industrial and Chemistry Research”.

PDF Lecture: Methods to dry and to shape aerogels 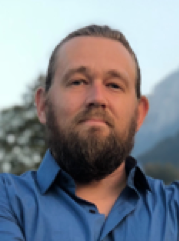 Dr. Stephen A. Steiner III is the President, CEO, and founder of Aerogel Technologies, LLC, the world’s leading manufacturer of monolithic aerogels and mechanically strong aerogel materials.  Steiner holds a BS in Chemistry from the University of Wisconsin—Madison, an SM in Materials Science and Engineering from the Massachusetts Institute of Technology, and a PhD in Materials Chemistry and Engineering from the Department of Aeronautics and Astronautics also from MIT. He is an accomplished researcher in the field of nanomaterials, with research interests including aerogels and related nanoporous materials, synthesis of nanocarbons, and nanoengineered composites for aviation and aerospace applications.  Steiner first began researching aerogels at age 17 and received his first patent for work done while still in high school.  He has coauthored over 15 scholarly articles in leading chemical and materials journals and is an inventor or coinventor on over a dozen patents, and has extensively researched synthesis of nanomaterials including aerogels in zero gravity, an environment in which he has cumulatively spent nearly ten hours in twenty-second periods.  Steiner serves as one of four coeditors for The Springer Handbook of Aerogels, the second edition of the world’s premiere text on the subject of aerogels currently in preparation for release in 2020 and is cofounder of Aerogel.org, the world’s leading online resource about aerogels. In addition to his role at Aerogel Technologies, Steiner holds an adjunct faculty position in the Department of Mechanical Engineering at Tufts University where he serves as a graduate student advisor and has previously served as a venture capital technical due diligence consultant for evaluating materials and chemical technologies startups. In 2016 Steiner cofounded Gel Laboratories, a materials and chemical technologies incubator in Boston which he codirects today. Steiner has been featured in numerous television programs and YouTube videos related to nanomaterials, including PBS’s NOVA ScienceNow, BBC’s Visions of the Future, Discovery Channel’s Penn and Teller: Tell a Lie, Science Channel’s Outrageous Acts of Scienceand How It’s Made, and Veritasium’s viral video series on aerogels. In his spare time, Steiner moonlights as a flight director for the Zero Gravity Corporation, a commercial provider of weightless parabolic flights.